Get to know our company

Audio Impressions was founded in 1997 by owner, Miguel Gomez with the goal of providing clients with the best quality service in audio/visual design and installation.

Throughout the years, we have established ourselves as complete automation specialists for residential and commercial installation.

Working together with architects, designers and contractors from around the world we are able to create and implement user-friendly automated systems that allow our clients the flexibility to control their homes and businesses from any location. 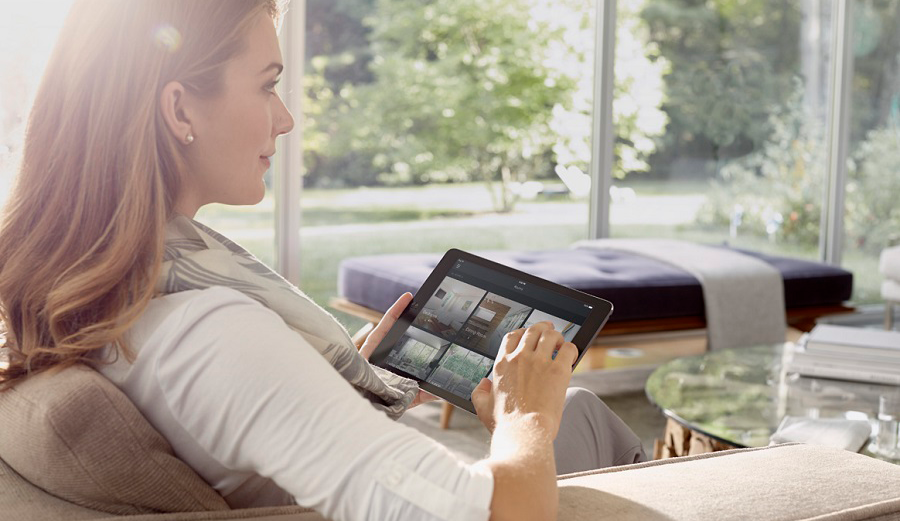 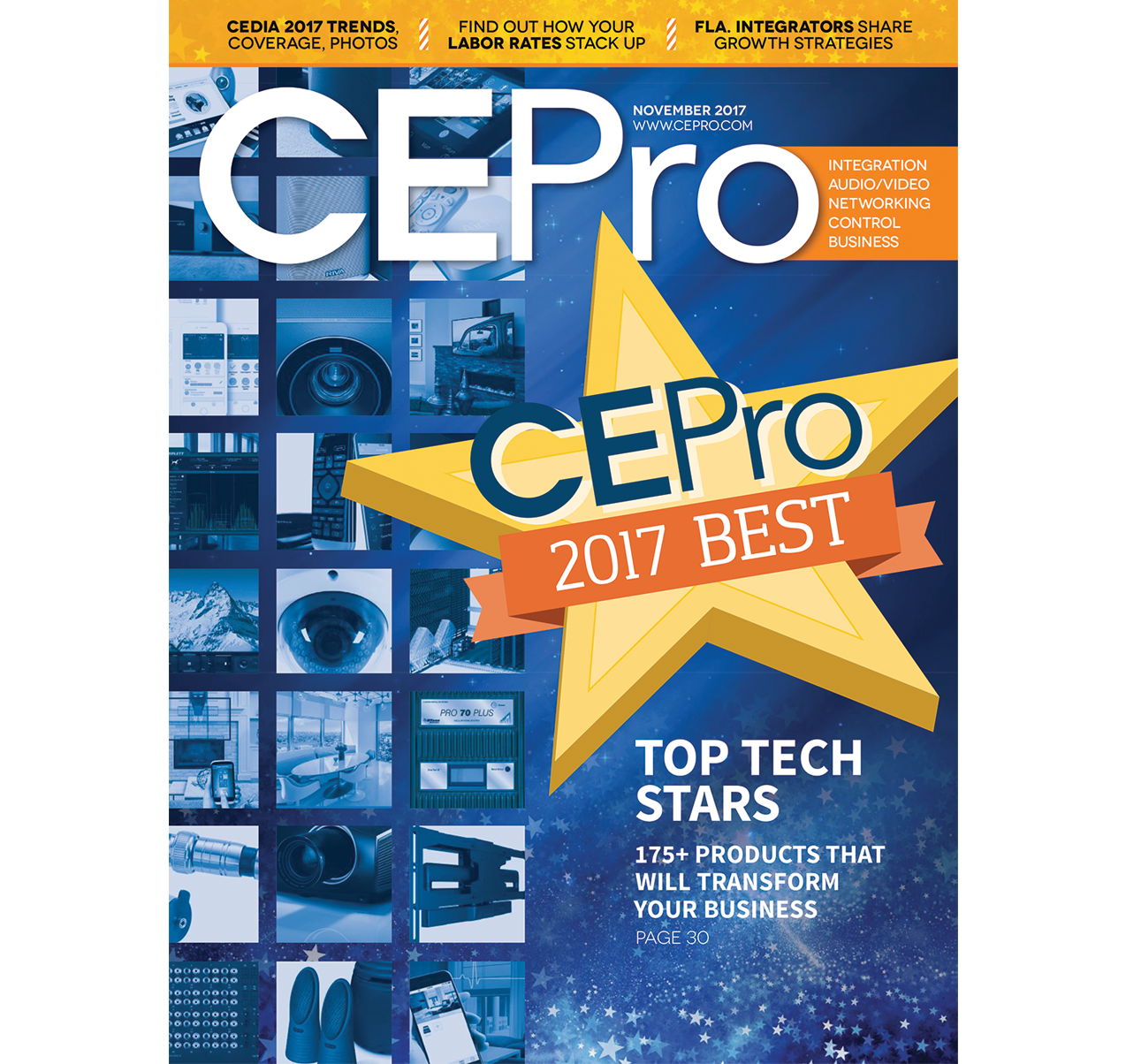 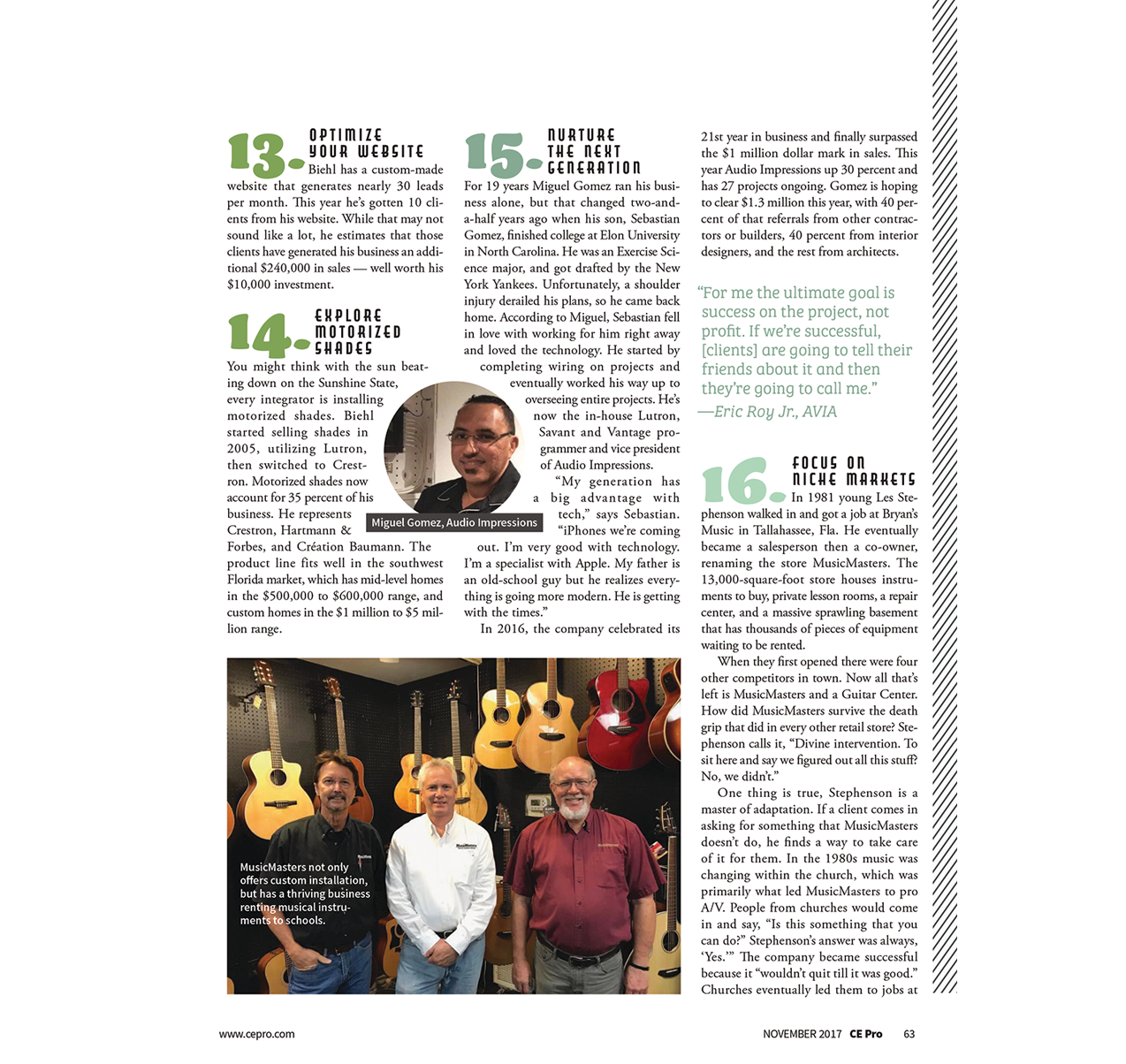 Nurture The Next Generation

For 19 years Miguel Gomez ran his business alone, but that changed two-and a-half years ago when his son, Sebastian Gomez, finished college at Elon University in North Carolina. He was an Exercise Science major, and got drafted by the New York Yankees. Unfortunately, a shoulder injury derailed his plans, so he came back home. According to Miguel, Sebastian fell in love with working for him right away and loved the technology. He started by completing wiring on projects and eventually worked his way up to overseeing entire projects. He’s now the in-house Lutron, Savant and Vantage programmer and vice president of Audio Impressions.

“My generation has a big advantage with tech,” says Sebastian. “iPhones we’re coming out. I’m very good with technology. I’m a specialist with Apple. My father is an old-school guy but he realizes everything is going more modern. He is getting with the times.”

In 2016, the company celebrated its 21st year in business and finally surpassed the $1 million dollar mark in sales. This year Audio Impressions up 30 percent and has 27 projects ongoing. Gomez is hoping to clear $1.3 million this year, with 40 percent of that referrals from other contractors or builders, 40 percent from interior designers, and the rest from architects.